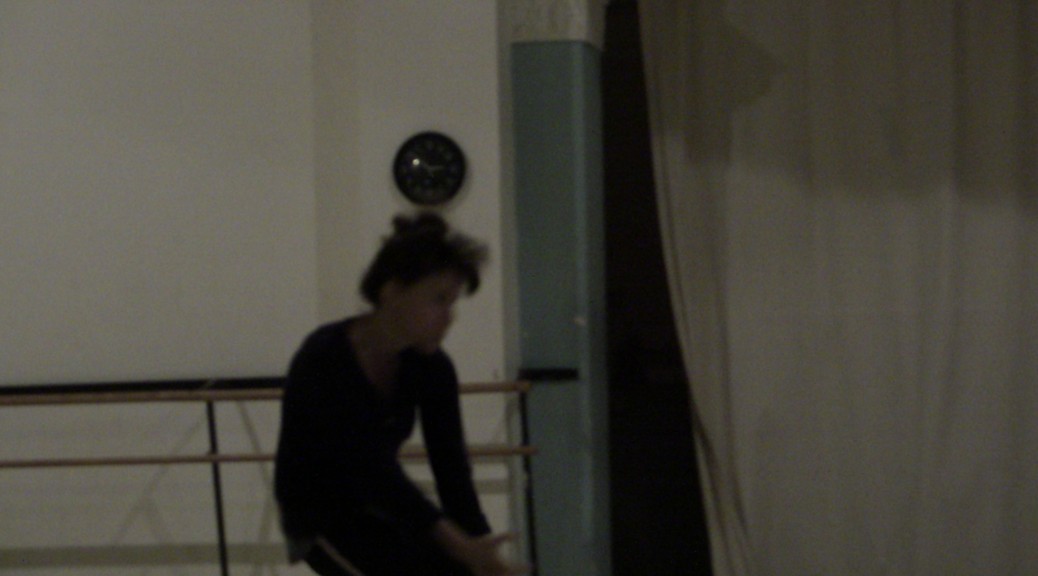 Molly Heller, close friend and project collaborator, stopped by Minneapolis in March. She joined us for an intimate showing as part of a small residency exchange. 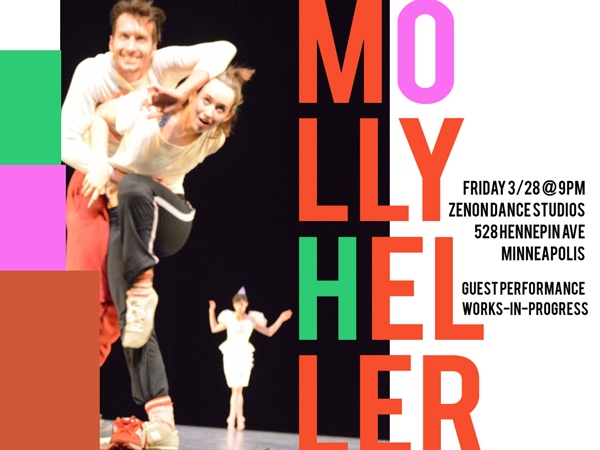 Molly, Melissa and I met in 2008! We collaborated on a series of projects that resulted in creatively fruitful productions. In 2009, we were awarded first place in the Audiences Awarding Artists show  at the Sugar Space for the performance Prison of Form. The award stipend and free use of studio space helped us produce an evening-length work, titled The Grey Area. 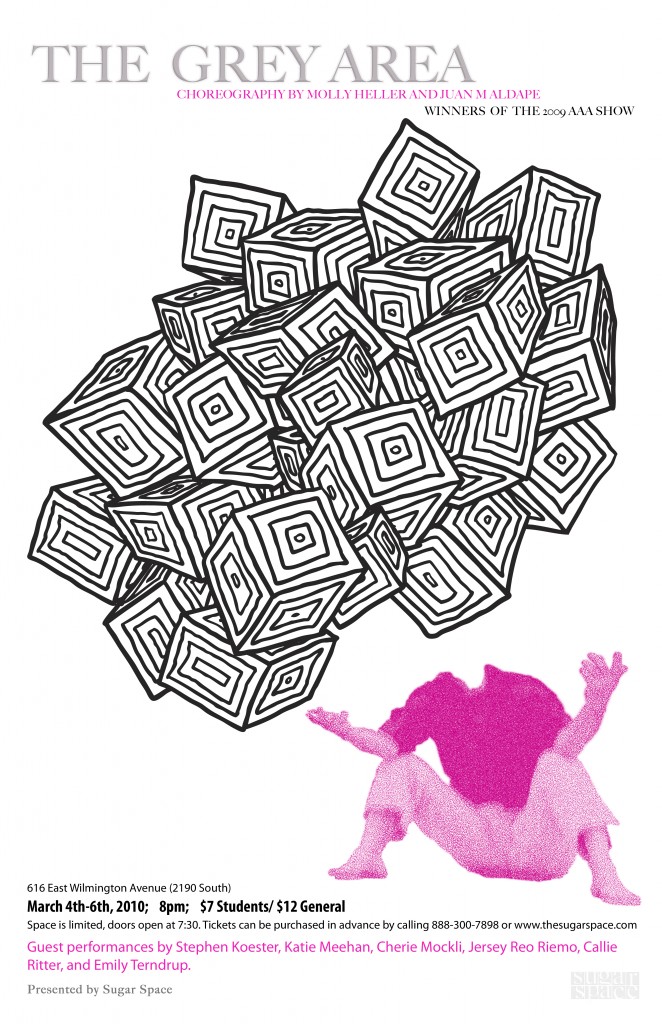 Reunions are always a treat. Molly coming to Minneapolis was an excellent opportunity to catch up and talk about her recent projects, the challenges of being in academia and balancing creative work with private life. In particular, the showing was a suitable time to see how our individual movement styles have shifted, evolved and crystalized over time.

Our movement have similar, but identifiable differences. Molly’s current movement qualities orbit around intimate tensions. She places great emphasis on straining her body to exhausting limits, all while inviting audiences to partake in the exhaustion.  Now, the invitation does result in participatory exchange. Rather, she is keen to create experiences that relay felt emotions across the immediate space. Especially, her current preoccupation is with “presence.” Molly’s current occupation is refreshing.

Her keen emphasis on charging space is uniquely  invigorating. She employs guttural textures to create perpetual forces that build upon each other, but does limit the experience to the abstract use of time, space and energy. There’s a personal quirk to her movement! She uses a range of full facial movement to create kilter emotions. They are spasmatic, funny, disgusting and revelatory. Incorporating grimace into performance is something new for Molly.

Molly hardly incorporated her face in performance when we first met. Upon meeting,  she had some aversion to using look and gaze in her creative expression. Instead, her expressions were invariably removed. While her movement has always combined a full-range of technical expression, there was something absent. In works like Vanities Faire the face was eerily neglected. Its affect was the epitome of postmodern dance. It was a postmodern photograph in motion. There was a simplification to the expression. Glossy eyes were always open and gazing beyond the immediate space, looking for something beyond the performance. Even in performance like $, a 2009 production with musical accompaniment from Rick Ross, there was an aversion to the visage. Then again, it was the very absence of facial expressions that was offsetting, creating  an aesthetic estrangement. 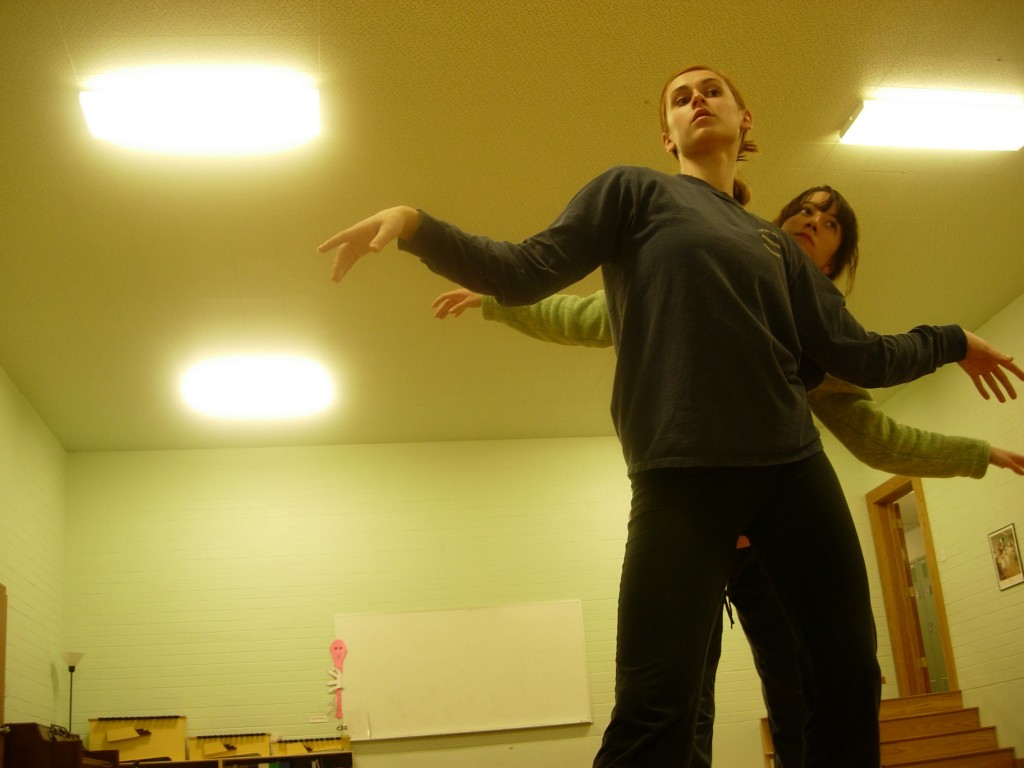 You can keep up with Molly’s projects and upcoming showings on her website or see her her regular appearances  at Mudson, Salt Lake City’s works-in-progress monthly dance showing.