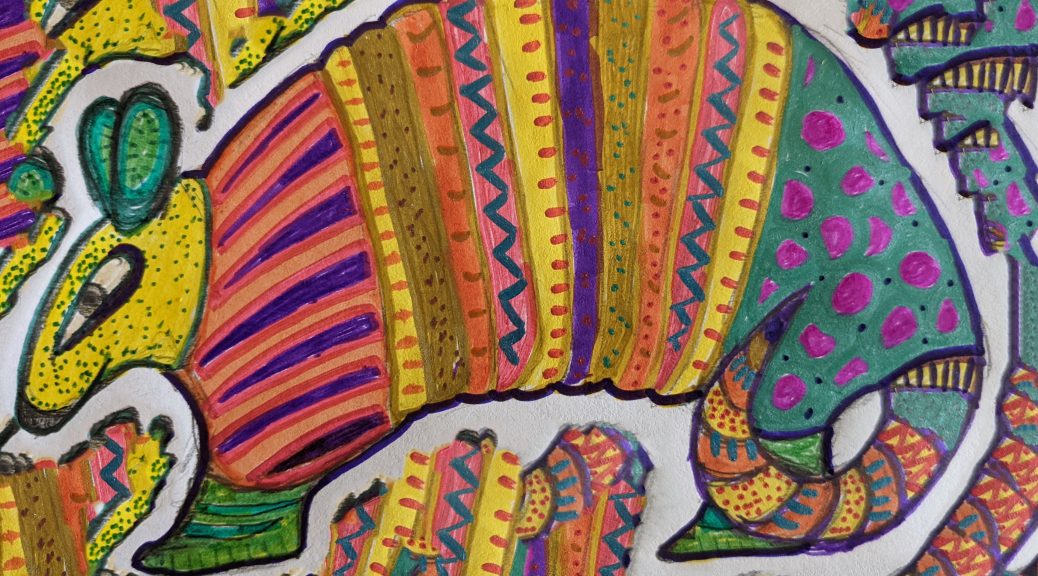 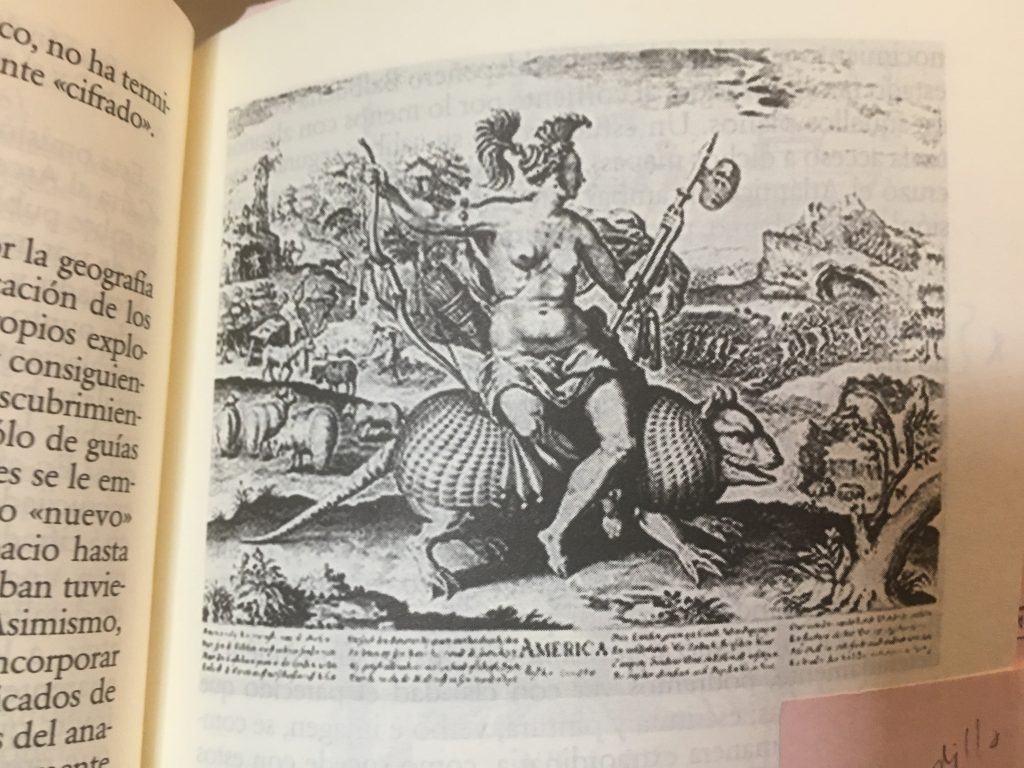 Armadillos (Little Armored Ones) marks the second part of a three-part choreographic project responding to a 17th-century painting by Cornelius Visscher called América that glorifies colonization. The painting left me uneasy since when I first saw it years ago. Visscher depicts a giant and regal warrior woman arriving in the “New World.” In the middle of the canvas, America sits on top of an animal as if she were on a throne. Behind her is a newly developed scene full of farmers tilling the land and sheep grazing the field. Ahead of her is an indigenous land with people dancing naked and in the midst of a cannibalistic bacchanalia. Oddly, she rides into this exotic land not on a horse but on an armadillo. Regio (Royal), the first part of the project, manifested as a 2021 bilingual dance theatre production that uses contemporary dance and puppetry to share stories about Latinx immigrant workers affected by the COVID-19 pandemic.

Through Armadillos, I return to the painting. This picture is a glimpse of what we know full well to be a scenario of colonization, but why the armadillo as the vehicle for this process? What has changed since Visscher etched this painting over three hundred years ago, and what has become of the role of the armadillo in the hemispheric imaginary? The next iteration of my project, Armadillos (Little Armored Ones), will be a bilingual dance theater performance with stories about an undocumented migrant worker in a warehouse center, a naturalized citizen who loses her citizenship, and furry mammals popularly known as armadillos who are venturing into new northern territories because it is getting warmer in the US. These stories collide to paint a tapestry of the impacts of climate change, the increased demand of service delivery companies by consumer demands, and the fragility of citizenship. The performance explores the interconnections between what compels people and armadillos to seek out new places as the climate changes and in the face of a changing labor economy that continues to invisibilize indigenous migrant labor.