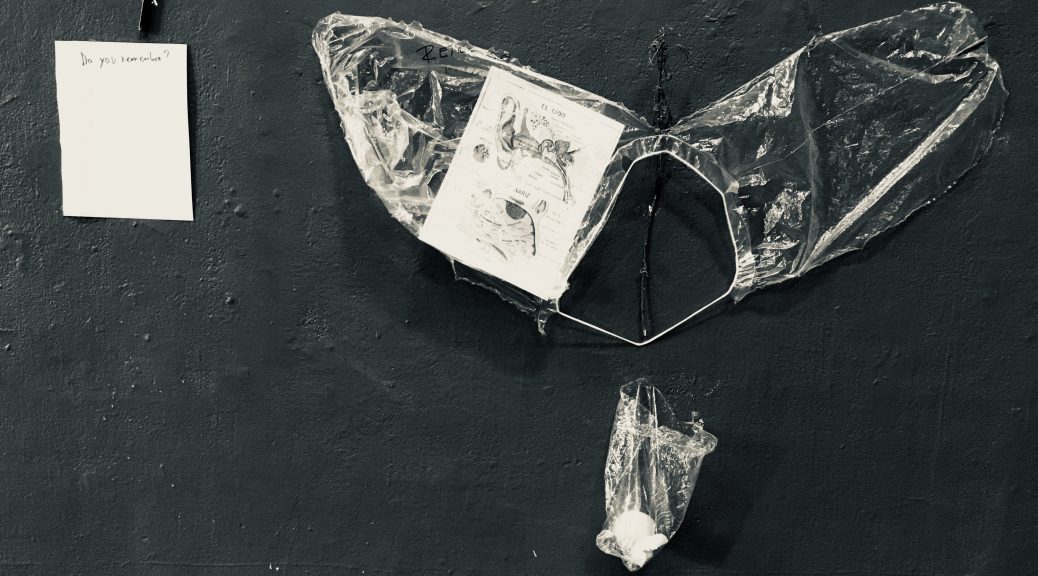 From January 22-26, 2018, I’m co-facilitating a workshop with Jose Navarrete at the Joe Goode Annex as part of a FRESH Festival workshop series.

“This workshop is an exploration of documented and undocumented bodies in motion across borders. We will center our time together on the complexities and residualities of the foreign body, considering exodus, memory, culture, and belonging. We will take a disembodied approach to foreground the felt conditions that force the body to immigrate and experience the multi dimensionalities of shapeshifting in new environments. We will consider the following concerns: How do the political, social, and economic conditions of immigrant bodies impact feelings of moving and dying across imaginary and real borders? What is the physical capacity of the body when it is blocked, obstructed, removed or impeded? How are these border-realities manifested through relationships, architecture, and public spaces? An inquiry of motion, memory, and borders facilitated by Juan Manuel Aldape and Jose Navarrete.”

January 21, 2018, we met at the cafe on Alcatraz and San Pablo to finalize our preparation for the workshop. My goal for this week to scaffold up the workshop from self to social justice, using performance to help us challenge the current anti-immigrant sentiments. The first day will be about preparing our bodies and our minds to treat other people’s stories and testimonies about immigration. The second day we will focus on other people’s stories. The subsequent days we will spend time preparing for direct action or to prepare a kit for dealing with anti-immigrant sentiments.

Here are a few images and reflections from the workshop:

I facilitated a warmup exercise that focused on the first chakra or energy center, the root chakra. This energy center is where we hold our connection to our roots and our ancestors, but it is also an energy center that can be unbalanced. When it is unbalanced it leads to fear of one’s safety. After I facilitated this part, Jose asked the participants to find a place of pain in their body and to explore the pain that can arise from that center. He wanted the examine how pain can be a source of movement and performance. He laid out images about the body that he collected from Mexico. We did this exercise for 25 minutes. The participants were able to use these for their inspiration. Then, we debriefed for 15 minutes.

On Tuesday, January 23, 2018, I wanted to focus on the second energy chakra and give attention to what can happen when this energy center is off-balance. l asked the participants to begin standing if they are able to. They held their right hand just below their belly button and their left hand on their back, asking them to explore this energy center for ten minutes, giving it different forms of attention, gentle, sped up, and pulsating. Our desire was to receive this energy center and to allow it to drive our movement as we moved through the studio and as we interact with the physical space.

On Wednesday and Thursday, I thought a lot about the aesthetics of cultural memory in performance and embodied dance practices related to social justice. I was thinking about these elements because I was captured by a couple of striking images that occurred during the structured score. At one point in time, I was looking around the room and I looked over and saw three bodies standing in front of the projection that featured the three armadillos. José was one of the people and he was trying to feed the armadillo. I knew that he could not feed the armadillo because it was just the screen projection. Also, I knew that the moment would pass when he would step away from the video. Likewise, in another moment as the score ended, a couple of the participants were on the floor and they had created different shrines or different installations that curated their experience that they had just developed. Several people had put lemons on one of the participant’s head with the lemon peel. These two moments stood out to me because they challenged me to think about how healing happens and what is the role of the aesthetics in helping us frame that trauma that we feel needs healing. Also, I was thinking about how those specific instances made me question what was part of cultural memory. Those specific instances were developed using contemporary modern dance and performance practices and they were drawing upon knowledge about energy flow and ancestral knowledge about the armadillo, as well as drawing upon information about the voice.