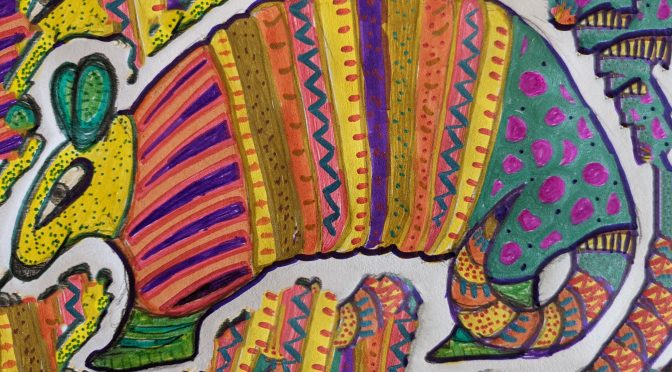 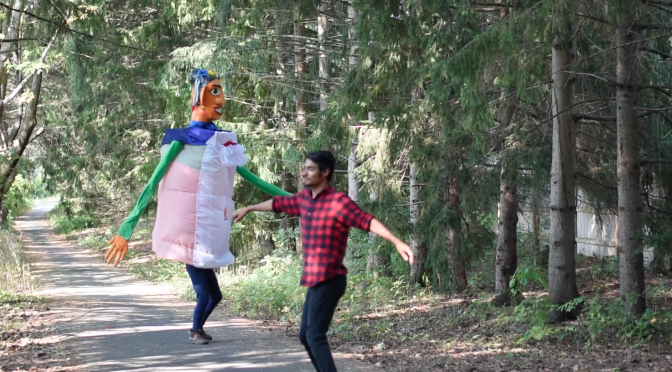 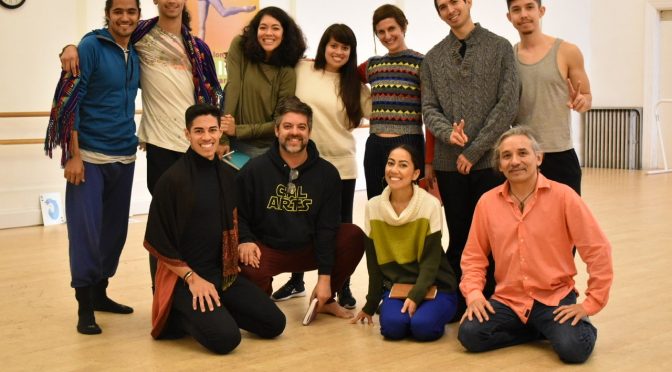 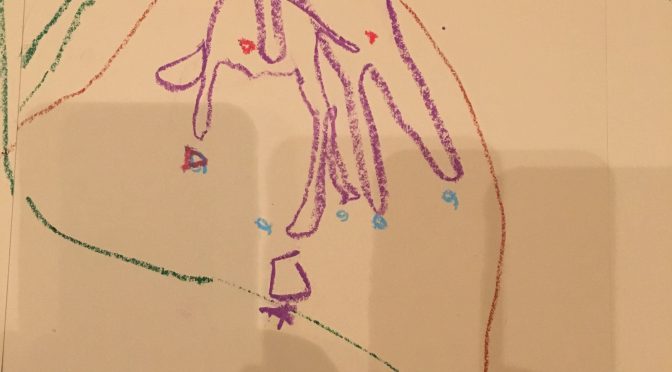 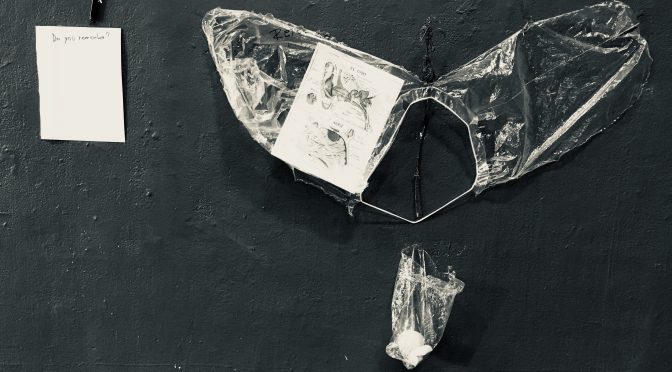 A bilingual dance-theater performance, Cinco Palmas explores frustration with the US-Mexico immigration system, and the bizarre pleasure of helping an undocumented minor travel from Honduras to Los Angeles. Based on actual accounts and audio recordings, this work-in-progress utilizes a layered form of storytelling in which dance, spoken text and supertitles mix and collide in telling a story of borders, immigration, and testimony.

Read a review by Kumars Salehi:

Language and migration in Cinco Palmas

“Following residencies in Cloneen, Ireland (2013) and Lac qui Parle County, Minnesota (2015), the PerFarmance Project brought the research-based performance residency to the West Midlands. Using two modes of production (performance and farming), PerFarmance Project produces an exchange between artists and farmers and others engaged in the growing of food. During the three week exchange from May 22-June 11, 2016, Melissa Aldape, Juan Aldape, and Chris Bell researched food production in the West Midlands through interviews, experiential learning, and visiting local sites of food production from large scale farms to community gardens and other forms of ‘grow-your-own’.”

A collaboration between Chris Bell, Melissa Aldape, Juan Manuel Aldape, and residents of Madison, Minnesota. The performance occurred at the Lac Qui Parle Historical Society on August 1, 2019. Workshops that took place from July 26- to August 1, 2015, culminating in a performance.

Birthday, Birthday is a quartet about, well, birthdays. The stories in this piece are autobiographical, drawn directly from the dancer’s birthdays which transpired during the fifteen-week creation process. I hope the audience can find traces of their own party stories in this short and sweet piece.

2013. Cacartels, Cacaffeine, Cucumbia is a fragmented dance-theatre solo performance. In the first half, I experiment by breaking down Mexican social dance idioms and music. The second half is a fast-paced, lamenting monolog about the intimate aspects of the Mexico-US relationship.

This performance was selected as part of the 2013 Choreographer’s Evening curated show at the Walker Art Center, Minneapolis, Minnesota.

This particular piece is dedicated to: Walking Theory(TkH), based in Belgrade, Serbia; Svetlana Boym and her contribution of the offmodern concept; and my cousin, Juanito, who committed suicide last July the night before my return-flight to Mexico.

The seeds for the concept were planted during a showing at the work-in-progress series Mudson, Spring of 2011; the initial idea was called Future Step/Paso. Thematically it dealt with the admixture of movement and music of Latino America. While some of the music structure and movement qualities remained the same, the overall textures and themes of the work changed drastically.

2013. Transfer Over Wooden Tables is a collaboration between performers and farmers. This video is the final resulting performance after a two-month long residency in Cloneen, Ireland. It is imporant to note that the video is part of a larger performance research ecology involving ethnographic documention, environmental explorations and movement-based workshops –{ Get an in depth look at the entire project and look at the entire video.

2012. Los Tres Peligros is based on the developmental understanding or sense of Mexican emmigrant communities. It is developed utilizing a flexible research ecology made up of interviews, environmental explorations and embodied workshop information from field work in a small rural town in the state of Guanajuato.
–{ Get an in depth look at the entire project and look at the entire video.

2011. Comic hero of two cultures is an attempt to make sense of my personal navigation between US and Mexican cultural-political spheres. It is inspired by the literary work of Richard Rodriguez and Earl Shorris.

Read what loveDancemore had to say about the piece.

See what has become a result of this project and how others are participating in it.http://juanmaldape.posterous.com/a-year-since-comic-her

Prison of Form
Choreography: Juan M Aldape and Molly Heller
Performers: Juan M Aldape and Molly Heller
Music: Osso, DM Stith, My Brightest Diamond, The Long Lost, Clara Rockmore, Original Sections (Arranged By Juan M Aldape)
As human beings we often experience the world as separate from the rest. This self imposed imprisonment creates walls and barriers that protect one’s personal sense of territory and perceived reality. Prison of Form places two individuals in an unknown territory where patterns of their own existence are challenged and the consciousness of self is redefined.. Nominated for Best Choreography by CityWeekly.

Everybody’s Business
Choreography: Juan M Aldape
Performers: Jersey Reo Riemo and Callie Ritter
Text and Music: “From Passing to the Post-Racial: Does Race Still Matter?” Wellesley College Guest Talk Podcast, 2008: Bliss Broyard ( Author of One Drop), Sam Cooke, Count Basie Orchestra, Bessie Smith, Amelie (Arranged By Juan M Aldape)
“Passing” is a deception that enables a person to adopt specific roles or identities from which he or she would otherwise be barred by prevailing social standards. (Interracial Intimacies, Kennedy, R.) Thank you Melissa for encouraging me to develop our ongoing conversation about our personal interracial relationship into something which touches on America’s racial dynamics. Jersey and Callie, thank you for tackling this tremendous and difficult topic with me; you’re amazingly talented and intelligent dancers.

Another Time Stamp on this Old Map

2010 Co-produced and Choreographed by with Molly Heller of JuMo Dance. Nominated for Best Choreography by CityWeekly.